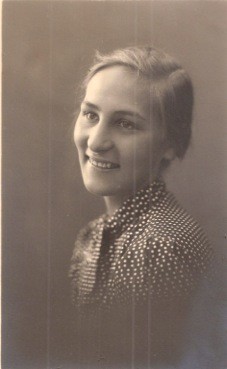 Our mother Elibet passed away on the evening of April 17, 2017, just two months shy of her hundredth birthday. Elibet’s life took her from Urfa, in southeastern Turkey, to Switzerland, Lebanon, and finally the United States, where she raised her daughters Patricia, Pamela, Pru and Polly with her husband Adrian. Elibet touched everyone who met her with her global and profoundly humanist sensibility. In this, she carried on the legacy of her parents, whose work in the aftermath of the Armenian Genocide has been recognized as a precursor and inspiration for the work of Doctors Without Borders.

Elibet’s childhood was defined by one of the greatest atrocities in modern history. Her birthplace, a diverse provincial town in the Ottoman Empire, became a way station for thousands of Armenians being marched to their deaths by the new Turkish state. Elibet’s parents Jakob and Elizabeth Künzler, the only doctor and nurse in town, administered treatment to all who sought it, while hiding Armenians in their own home.

In the wake of World War I, while presidents and diplomats were carving up the territories of the fallen Ottoman Empire, Jakob and Elizabeth were on the ground, gathering up the orphans of the genocide and negotiating their departure with local authorities. All told, some 8,000 children were transported by foot, wagon, and camel across the desert to Lebanon. The orphanage established by the Künzlers in Ghazir, forty miles north of Beirut, was the backdrop of Elibet’s childhood. By high school, she was spending her summers in refugee camps, cooking, providing medical care and organizing games for children.

We, her family and friends living in the US and Europe, can only imagine the trauma and tragedy that Elibet witnessed and experienced because of her parents’ pioneering work. Yet Elibet never lost her faith in the fundamental goodness of people, or the pleasure she took in their differences and peculiarities. Elibet wanted to know everyone’s stories. She made friends and created community wherever she went. She kept up fluency in five languages. She faced the many, many challenges in her life with courage, humor and an eye for the beauty in everything.

Elizabeth and Jakob’s orphanage in Ghazir was funded by the donations of ordinary Americans, coming to grips with their country’s growing power in an increasingly global, increasingly violent world. Elibet and Adrian continued this tradition as committed donors to Doctors Without Borders. As we grieve for Elibet, we invite you to make your own contribution in her memory.